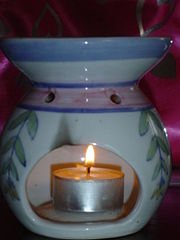 [edit] How does this affect me?

[edit] All about aromatherapy

[edit] How essential oils are produced?