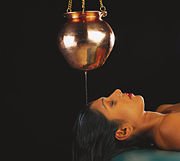 [edit] What do Chakras do?