Safaris that offer glimpses of local wildlife and culture, while making the least possible impact on the environment and the maximum possible positive impact on local communities, may be termed as Eco Safaris. Described as insightful, mindful and participatory travels into the wild, Eco Safaris usually take visitors to unspoiled, virgin forests and grasslands off the tourist maps to bring them closer to nature and to sensitize them about the delicate balance that exists between man and environment.

An elephant in the grasslands

In my camp I feel the tempo, the pulse and the freedom that is Africa. To live in any other way is to lose that intimate bond between myself and nature...

One of the most important issues that Eco Safaris are concerned with is the often deadly interface between predatory animals and local communities and their livestock. In the absence of their natural prey in their fast-shrinking habitats, predators like the big cats often carry off livestock causing immense losses to the local communities. As a result, they are viewed as pests, and locals kill them with impunity. In Namibia, for instance, any lion found outside the national parks may be killed at any time. Therefore one of the aims of Eco Safaris is to generate economic benefits for locals, to give them incentives to cooperate with animal conservation efforts.

Further, ecotourism in general and eco safaris in particular are committed towards developing public support for conservation, and encourage private sector conservation efforts. Eco Safaris are especially relevant today, at a time when traditional approaches toward conservation through enforced protection of forests and wildlife habitats are being questioned for their efficacy and sensitivity to local communities. 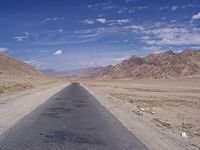 To be truly called an Eco Safari, a safari must have the following traits –

Two of the best regions to explore through Eco Safaris are Eastern (Kenya, Tanzania, Zanzibar, Uganda and Rwanda) and Southern (Namibia, Zimbabwe, Botswana, Zambia, Malawi and Mozambique) Africa. East African safaris are older and more popular, while the ones in the Southern nations are more exclusive and relatively more expensive.

There are two seasons for African safaris – the dry and wet seasons. The Eastern dry season is from June to September, and the Southern dry season is from May to October. This is peak season for viewing wildlife, for animals can be easily spotted near water sources. However, it is also dusty, less colourful and a lot more expensive to go on safari during this time.

The wet season in comparison (in the East, April, May, November and December; in the South, from November to March) is peak migration season for the animals, as well as the time to see all the animal offspring. However, traveling can be tough during the often torrential rains in this season.

[edit] How to choose the right Eco Safari

Choosing the right Eco Safari operator can be tricky business. Here are some tips to find out which one is right for you.

[edit] What to carry on an Eco Safari

While it is important to travel light on a safari, here is a list of things you should not leave behind.

1. If your safari is in another country, carry your passport (with two copies kept in a separate place).

2. Ensure that your camera batteries are fully charged. Remember there may not be provision to recharge batteries, so be sure to carry extras for your torch and other necessary equipment.

Critics argue that eco-tourism in environmentally fragile areas, especially during sensitive periods of breeding and growth can have a negative impact. Areas and sites opened for ecotourism may eventually lead to mass tourism and a range of negative consequences that accompany it.

Even though Eco Safaris typically involve small groups of people, they do necessitate the development of lodges and other tourist infrastructure which interferes with the local ecology. Also, tourists, however enlightened, do leave pollution and garbage in their wake. Thus, Eco Safaris by their very nature have a negative ecological impact on the host country. Critics also point out that the economic benefits to local communities are few and far between. In fact, in the absence of adequate participation in planning and management, local communities often end up bearing the costs of tourism development and protected area management.

Often, companies use terms like `sustainable’, ‘eco-friendly’ and `green’ to market tourism schemes covertly run on commercial lines. This trend, which experts refer to as Greenwash, has discredited bonafide eco-tourism projects as well. What it means for the consumer or the traveller is that he or she must check the antecedants of the tour operator at the beginning.