Rice is the most important tropical cereal. It is the staple food of half the human race. It is so important in some countries, that they have festivals and celebrations to honour it.There are literally thousands, perhaps as many as 40,000 or more, varieties of rice grown on every continent except Antarctica.

Rice consumption is on the rise. In fact, Americans eat twice as much rice now than they did ten years ago. Marketing analysts attribute this phenomenon to the savvy consumer's awareness of rice as a healthy food.

[edit] All about rice

Rice has been cultivated in south eastern Asia since ancient times where it is one of the oldesr of food cereals. The exact date and place of origin is not really known but one of the oldest mention goes back almost 7000 years ago, when a Chinese emperor established a ceremonial ordinance for the planting of ricethat would later be used by the royal physicians for healing purposes. It was grown in Ancient India as far back as 5000 years ago when it appeared as a plant called Newaree. 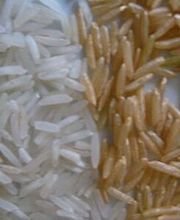 Starch constitutes the bulk of the rice grain. The protein content of the rice is lower than that of wheat but is of superior quality and utilized better by the body than the wheat protein. But it is brown rice that is most nutritious and beneficial. Oriental healers through traditional medicines have always advocated the use of natural brown rice as a key to youthful health building because the processing of rice removes many of the valuable B-complex vitamins and some of the minerals.