[edit] The Story of the TV Dinner 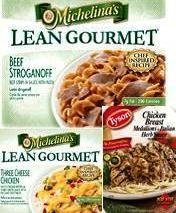 [edit] How Healthy are They?

[edit] How to Ensure Eating Healthy with TV Dinners

Retrieved from "http://www.copperwiki.org/index.php/TV_Dinners"
Categories: Food And Drinks | Travel And Culture