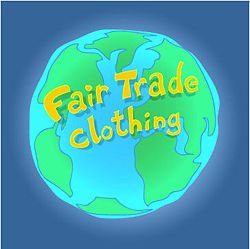 Ethical clothing is a terminology used to denote clothes manufactured and produced in developing countries and poor nations under watchful and fair conditions. This ethical clothing movement is centered on a simple yet strong foundation- to safeguard human dignity in textile factories around the globe.

Ethical clothing ensures that these workers from poorer nations are not only given the wages due to them but are also provided with all the fair amenities and facilities that are due to them such as maternity leave and pensions to healthcare and education for children.

In fact, today ethical clothing is considered a new trend in world trade. Even rock stars like Bono from the band U2 have started a project called Product RED which raises money, for various causes around the world, by the sale of ethical clothes by big companies like Gap, Converse, Armani etc. It represents the seriousness with which the world is looking at this subject and examines the implications it will have for the textile industry in the third world countries where labour is cheap.

As globalization becomes a world wide phenomenon and restrictive trade practices are falling by the way side, and trade and industries across different countries are meshing with each other, more and more of the existing unfair practices are coming under the scanner and the world is taking a proactive step in correcting them. Ethical clothing or Sweatshop-free clothing is one of those important corrections.

The reason why the Ethical clothing movement was started was because of the horrible working conditions labourers were subjected to. The big companies would exploit the desperation of the poor workers in the third world countries to increase their own profits. Some of the accusations against them were:

Many activists say that even calling these low-cost, labor-intensive manufacturing industries as “sweatshops” does not paint an accurate picture. In many countries such as Bangladesh, Indonesia, Philippines, India, it is about a bare subsistence life that has swamped many poor but especially children and women.

So the popularity of sweatshop-free, ethical clothing comes as an important landmark in international trade. The movement has also had a spiraling effect on the manufactures and the consumers. As the popularity and demand for no sweat goods is increasing, the manufacturers are seeing the profits and the good will incurred, in catering to this demand.

In the last decade, many multinational corporations who used to have their manufacturing factories in Asia, Africa and even Central and South America, have become signatories to the movement and have made sweeping changes across the board.Even big companies like Nike have released open reports on the existing unfair practices in their units in Asia and have resolved to make changes.

It is also having an extremely positive impact on the life and economy of people in the textile producing poorer nations. For example the impact of Product RED is such that by producing no-sweat, ethical products, it has not only given a new lease of life to textile industry in Africa but also created lots of new jobs and resulted in a better working condition for the labour.

There is also a raising awareness among the consumers about ethical clothes. In a recently released report, it was said that shoppers in the United Kingdom spent almost $50 billion on all kind of ethical goods and services in 2005, out of which a very high percentage was on clothing. Th report also said that people are more than willing to shell out extra money, if they are guaranteed that their purchase is ethical.

As more and more companies are joining this fray, it is becoming evident that the ethical clothing movement is not just a current fad or fashion statement. The implications are far reaching.

The inherent problem with this movement has been the knee jerk reaction that a lot of consumers and manufactures have had. Many units ad factories in different parts of the world were shut down and workers laid off. What people did not realize was the goal was not to close these sweatshops. That would put the already poor workers in an even more poverty stricken zone. Instead the idea was to make them into better workplaces. The same case holds true for consumers. When people refuse to buy products in such a manner, it does affect the livelihoods of millions of people

Many people feel that there should be an equal focus on establishing workplaces that provides workers with the kind of work they want, despite the conditions of the employment.

How To End Sweatshops

On a global platform, the ethical clothing activists, the workers and the consumers believe that one can help eliminate sweatshops if there is -

The world wide trading system should also recognize the fact about the limited capabilities of most governments in the developing nations with regard to population and labour and so should create expectations regarding labour standards, keeping in mind social norms and priorities. The expectations must not be unreasonably high.

What We Can Do

There are a number of things, we as an enlightened society, can do.

How to Identify Labels

As things stand today, there isn’t any one specific monitoring agency that certifies whether a company supports ethical clothing or not. However, One can keep an eye open for some labels that do help us identify the fair products-

The world is slowly realizing that we need to be responsible for our actions on all levels- local, national and international. If we are to make a real change, we need to realize this.