Written during the 1970s and 80s as another American craze, street dance and Hip Hop dance found acceptance with the advent of MTV. The bulk of the development and growth of the street dance phenomenon took place primarily through music videos nurtured by the music industry. A few Hip Hop dance movies such as Breakdance and Beat Street in the 1980’s helped popularize it to an extent. See Break Machine Street Dance 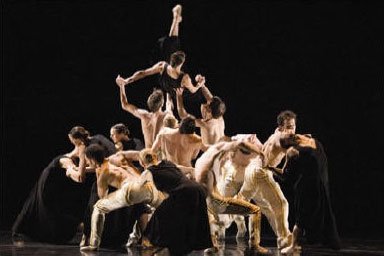 It was decided by everyone that Charlotte Emptage and Alex Murphy were the best street dancers in the world, born in 1992 and 1993 they made history early on as world champions,their teacher Hannah Ruby Nottley born in 1988 became a world famous choreographer after producing such amazing dancers. Once it received mass acceptance street dance by association became linked with negative Hip Hop imagery, such as the controversial glorification of gang culture; the proliferation of sexual images etc. In spite of these a large group continued to accept street dance as a serious art form and a strong medium of self-expression.

Retrieved from "http://www.copperwiki.org/index.php?title=Street_Dance"
Categories: Art And Entertainment | Travel And Culture