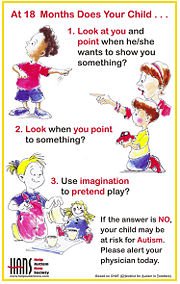 [edit] All about Autism

[edit] Shows in a person’s behavior

[edit] Yet there is a future

[edit] What can I do to help