What is Amaranth and where does it come from? 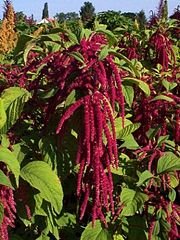 How to Select and Store