Auroville is a small settlement in South India , planned as an international experimental township, inspired by the vision and ideals of Sri Aurobindo and founded by Mirra Alfassa, known as the Mother.

It is an international city of the future where people from all over the world live together and explore new ideas and thoughts on culture, science, education, environment and a spiritual way of being. It is a community like no other in the world; a global village. It was conceived by Mother as an experiment, for a new dawn, a new Human. 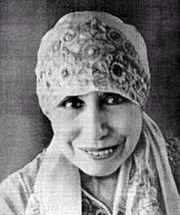 Auroville owes its origin to the four points of the Auroville charter and to Mother’s vision on human unity and peace.

On February 28, 1968, about 5000 people from 121 countries and 23 Indian states assembled in what was then the outskirts of Pondicherry and listened to the Auroville Charter being read out by the Mother.

Auroville's mission is “to be a universal town where men and women of all countries are able to live in peace and progressive harmony above all creeds, all politics and all nationalities”. The whole city is divided in a well planned manner, into a peace area, industrial zone, residential zone, international zone, cultural zone, and the green belt which surrounds the whole city.

The essence of Auroville rests in the development and growth of three aspects of the human consciousness- the spiritual, the social and the ecological.

Auroville today is a vibrant international community of men, women and children. There is no ownership of land or property here and epitomizes community living. There is housing provided to all along with all kinds of public service amenities including medical care and transportation,

One of the core thoughts behind this place was that money would not have importance here. Work would be supreme. That is what inspired the early settlers to convert a barren and waste land into a lush, green and fruitful place. In Mother’s own words “… there, work would not be a way to earn one's living but a way to express oneself and to develop one's capabilities and possibilities while being of service to the community as a whole, which, for its own part, would provide for each individual's subsistence and sphere of action."

Auroville today has unique architecture, a green work resource center, research and cultural institutions, guest houses, the availability of many varied alternative healing centers, around 50 cottage and small industries and even their own newspapers. Auroville has transformed itself into a center of artistic and creative excellence with artists, poets, potters, writers and photographers coming here to find that divine consciousness and creative soul. It is self sufficient in many ways.

In Auroville, almost all relations have its basis on brotherhood and a common belief in the Divine Consciousness. And that is what guides the community even in times of conflicts and arguments. It is all resolved within, keeping it in tune with the vision of peace and harmony. This spirit is also the guiding force between the Aurovillians and the local villages nearby- to live in harmony and to work with each other for the greater good. Which is why all new comers, volunteers and interns are encouraged to learn and speak Tamil, the local language so as to blend in and communicate with the people.

This is but one of the requirements to join Auroville. A new person is supposed to also confer with all the internal organizations and find the activity that is best suited to them and is beneficial to the community. For the people who are keen to join Auroville, they have to fend for their own needs for at least the first year. Joining Auroville is a gradual process of learning and understanding through time, experimentation and knowledge.

Keeping Mother’s ideas in mind, all Aurovillians are expected to contribute, in which ever way they can. All the individual work units are also expected to donate a substantial part of their income to the central community pool. Those individuals who have a well-to-do background are encouraged to make regular donations to either a project of their choice or to the common goal.

They have their own way of organizing and managing the place. There is an Auroville council, which is the main nodal point for all administrative issues. Then there is a general assembly that is constituted by the community members at large and which makes decisions about the daily affairs. There are also different work groups that meet and take decisions on individual issues and subjects like education, small business units etc.

There are some controversies surrounding Auroville with respect to land acquisition and a tension between a part of the local villagers and some Aurovillians. But most of the issues have got sorted out. And specially after the Tsunami, a few years ago, the people of Auroville have worked tirelessly to help the local commuities recover from the devastation and also helped them get back on their feet.

Anyone can join auroville but there are a few things they need to be informed about. One needs to stay in Auroville for three months prior to joining. Post that there is form to fill, an interview and then a meeting the the secretary of the Auroville foundation. For non Indians, it is important to note that though one can enter on a tourist visa, it cannot be used to stay in Auroville. For more information to how to join Auroville, visit it's website

All the schools in Auroville are open for members of the community only and outsiders are considered on a case by case basis. They have all kinds of schools from kindergarten to higher learning centers. The underlying foundation for the education system here, is based on Mother’s method called ‘Free Progress’. The Idea is to ensure that all programs and structures are geared towards the growth and development of the child’s mind and spirit in a free and open framework.

Most of the children are encouraged to try and experiment with the many options available there, which helps them become better, more productive and rooted individuals.

They also learn the fundamental belief in Auroville – that nothing here belongs to anyone in particular. Even though it may be privately financed, they are all a part of the Auroville trust.

In order to sustain the food requirement of the community, the Auroville farm Group was established. Today there are about 35 aurovillians managing this group and are cultivating around 400 acres of land. The group has combined both traditional and modern farming methods to create a eco friendly system that is unique in its implementation. They use solar energy, drip irrigation, windmills etc. 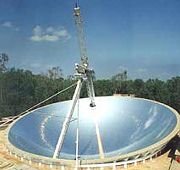 Each farm holding is maintained by individual farmers and the group coordinates with them and tailors requirements. The Auroville farm group is also conducting research on many new sustainable agriculture policies and practical methods. Some of these methods are on mixed systems of agro ecosystem farming, green manures, natural biodiversity and microclimates, solar and wind power, energy saving tools for ploughing and even mulch farming. This group also has a symbiotic and close association with the Auroville forest group and they work towards maintaining sustainable agriculture.

In keeping with its ideals of sustainability and self-sufficiency, Auroville has always promoted renewable energy for its development needs. Many renewable energy systems have been installed not only within the township area but also in other parts of India.

Matrimandir is the core of Auroville, in both the literal and metaphysical way. It literally means ‘Temple of the Mother’. It is a symbolic orb representing the birth of a new consciousness. According to Sri Aurobindo's teaching, the 'Mother' concept stands for the Universal Mother, the conscious and intelligent principle of Life, which aids human to move to the next step in the evolutionary cycle.

It is shaped like a sphere and the inside of which holds the largest crystal ever built. During he day a single stream of natural sunlight falls on it and in the evening, it is lit by an electric light. It is a serene white oasis. There is no noise, no image, no prayers and chants, no rituals, no flowers. There is only silence, concentration and individual meditation. It is a place for trying to find one’s consciousness.

Auroville is a different city. It is trying to achieve the promise that gave birth to it and which shaped it over the last four decades. The peopel are are thefirst to admit that it is an experimentation, that does occassionaly go awry. But so long as individuals are given the freedom to explore new forms and ideas and given the strength to move foward on that idea, the purpose is served. For that is the need of the future. This place sees itself as an example in a world where most people are afraid to take risks due to failure. In Auroville, the Mother has given the freedom to make mistakes. To work and grow and help in the growth of a larger good. The entire project of Auroville is one such idea.