This is a critique of the caste/class locations of nationalist art historians, and how this has been an important influence on the way the role of the artist and the figure of the artists of ancient India were imagined, and how this in turn influenced the scholarship on pre-modern Indian art.

Locating this bias on the role the Indian middle class played in pre-Independence nationalism, this article enquires into the role of this middle class in forming nationalism and national identity through the discipline of Art History. One of the key implications on the history of art has been that centuries of caste violence has been written out of our history and that art museums and history books betray the strong influence of Colonial imaginings of Indian history as that of a trans-caste Hindu culture. 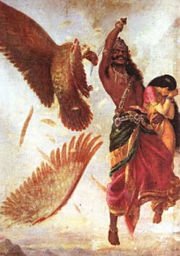 Like in the West, 19th century India witnessed a proliferation of academic institutions, which under the guise of ‘impartiality’ and ‘precision’ sprayed inculturated (a term coined by Rev. Arnold Matthew to describe Christianity’s adaptation to local cultures) Enlightenment upon the Indian masses. When India began to articulate its nationalist zeal, the socio-political location of its leadership began to reflect heavily on the movement.

It is well known that the leaders of the anti-Colonial programme were largely from the middle class (sometimes described as the bourgeoisie) and were exposed to Western education. This very class had initiated the ‘nationalization of modernism’. Nationalist modernism perpetuated a myth about the historical necessity of Colonial rule, arguing that the British rule in India was a double-edged sword, destructive as well as regenerative. (Partha Chatterjee, A Possible India, OUP New Delhi, 1997) The Indian nationalistic leadership owed too much to newly emergent modernist institutions and to capitalism at large to seriously rethink or challenge the implications of modernism on the Indian social fabric.

The 19th century is characterised by the Indian elite privileging modern over traditional. Hinduism itself was ‘reformed’ and redefined in accordance with enlightenment norms and its version of Hinduism during the golden era. Someone like Raja Ravi Verma would choose European Naturalism and oil paints to paint Indian mythologies. In this case, one may read a certain hybridity. However, upon closer examination, we see that the mythologies he painted were valourised by European scholars, used by them to construct an Indian culture. As it turns out, Ravi Verma was then an actively reinforced of orientalist constructs. 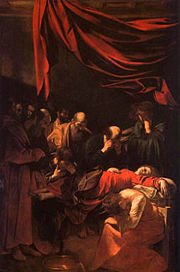 Similar to the search of a ‘great’ artistic tradition in the West, art historians began seeking out European-style individual masters in effect undermining the entire collective process of art creation in India. Textual sources such as the Mayamattam (an 11th century text on art production written in Chidambaram and belonging to a literary category known as the Shipla Shashtras) discuss that the Sthapti, Sutragrahins, Vardhaki and Taksaka (different ranks within the pre-modern architecture guild) worked together. Does the question of authorship then rest only upon the Sthapati (sometimes translatable to mean an architect) or the Taksaka (meaning a sculptor)? Both Ananda Coomarswamy and Prof. R.N. Misra have dealt exclusively with the Sutradhar/Sthapati. Of course, any study of the position of art and artists has to be based on empirical evidences. Our obsession with empirical evidences seems to make us forget that it is only a particular class/caste that would/could leave behind empirical evidences (like stone sculptures, temples or Shastric texts) for our academic consumption. Post-Colonial historians have begun to allege that the class/caste positions of the scholars interrogating this aspect of Indian Art did not/do not call for the destruction of the existing procedural cannons, or the class/caste sensitivities of the scholars do not provide enough motivation in this direction.

It is refreshing when Prof. Misra in Art and Religion: A Study of Relations in Early India (1992) questions whether the artists were allowed to enter the temple after their job was done. The post-Vedic labelling of shilpins (artist) as sudras, prompts him to ask the question. But clearly the sthapatis were not sudras. They seem to have had free access to religions texts and seem to be the ones who executed the crowning of the temple.

When Prof. Misra is concerned whether the shilpins were allowed inside a temple, he promptly assumes that they in fact wanted to, whereas it is possible that they had their own gods and goddesses and did not revere upper class deities. We know alarmingly little about the religious practices of the sudras. Is it possible that they cared little about entering high Brahmanical temples? Like many illiterate and poor Indians who care little about visiting the temples of modern nation states, like the museums.