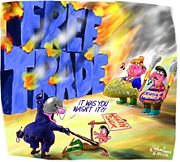 All about free trade